Nashville’s 3-0 drumming of Austin last weekend matched May’s loss to the Galaxy for the largest defeat of the season. Going down in the 49th minute, the Verde never seemed to be able to claw back control of the game – being doubled up on xG 1.8 to 0.9 according to MLS match stats. 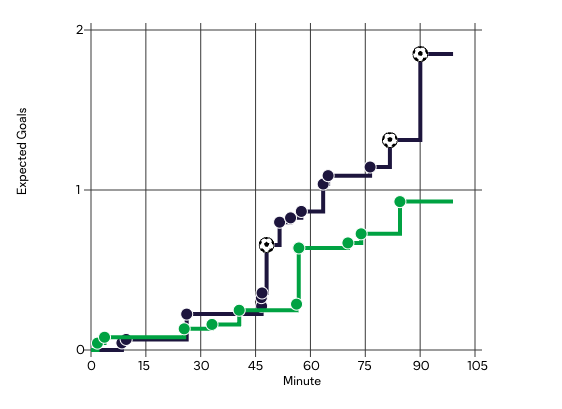 The underwhelming result prompted many to ask whether the congested schedule and lack of rotation was starting to take its toll. There’s an argument to be made there. Out of the top 40 outfield players with the highest share of their team’s possible total minutes, five of them are from Austin – the most of any team. Leading the Verde & Black is their MVP-caliber playmaker. According to FBref, Sebastian Driussi has been off the field for just 101 of Austin’s 2,610 total minutes.

It’s not as if the Verde are being stingy with their substitutions. Austin uses, on average, 4.93 of their allotted 5 subs per game – a stat that leads the league. These also don’t tend to be garbage time changes. At 22 minutes, the Verde substitutes average the 7th longest time on the pitch. How do these two trends reconcile themselves? Wolff and staff are making the same positional subs each game with both fullbacks, RW, forward and center midfielder making the rotation almost every game. In fact, Felipe Martins is tied for 2nd with the most substitute appearances at 21.

During the week, Driussi picked up a right knee injury that has him listed as questionable for the Seattle matchup. You can’t overstate his importance to the team, but it’s worth keeping in mind: the last time Seba didn’t make the start? A 3-0 throttling of Atlanta Utd.

The Austin/Seattle history has largely been one of cagey affairs – with both moral victories and frustrating losses. In the three games between the two there have been a whopping total of 3 goals. The 0-1 home loss earlier in the year felt like a cold shower with the memory of their opening 5-0 and 5-1 wins fresh on the memory. Austin has yet to beat Seattle in their short history, but the two couldn’t be having different seasons. The CONCACAF Champions League winners are poised to miss their first playoff since they joined MLS back in 2009.

On the year, Seattle’s been on the stingier side to break down – sitting in the top half of the league in GA. That hasn’t been the case lately, however, giving up 2.16 goals per game over their last six matches.

As the Sounders make their push for the final 7th playoff spot, they’ll have to do so without one of their primary chance creators. Cristian Roldan, a key contributor in Shot Creating Actions and Progressive Passes, went down with a groin injury and will be out for today’s clash. That doesn’t leave Seattle without weapons, however. Austin must limit the amount of times that Cascante and Gabrielsen are on an island defending, especially against someone like Jordan Morris who can use his speed and strength to create separation and get off shots.

Austin can clinch a playoff spot with a win. Seattle may not be the same team that won the CCL just a few months ago, but the Verde must contend with both history and form if they’re going to get the monkey off their back and return to the side that’s been tearing up the league all season.