In the run-up to the 2021 season, we’re tracking players linked to the VERDE.

Austin FC is still in building mode. An MLS club’s active roster can have up to 30 players, with an 18-player game-day squad.

Of course, most players have already been signed via MLS avenues like the Expansion Draft, SuperDraft or free agency. Still, several slots are open for strategic international signings.

Argentine playmaker Sebastián Driussi apparently has ended his four-year deal with Russian side Zenit Saint Petersburg and is now linked to a move to MLS, according to South American player expert Cesar Luis Merlo. It was revealed Driussi previously received an offer from Inter Miami in 2020. Now with Miami up to its eyeballs in DP legal issues, Austin FC appears to be the frontrunner among MLS clubs.

Timing. Position. South American. It appears to all add up to an Austin FC signing. He may be on a free transfer, having finished his contract with Zenit, but the latest reports out of Argentina say otherwise. (The River Plate youth product originally went to Russia on a $16 million transfer fee in 2017.)  No deal is done until we see the green smoke from Precourt, but we have a feeling the club will open the checkbook for Driussi and fill its third DP position.

Latest news: Heading into the summer 2021 transfer window, Austin FC appears to have a glaring hole at center forward based on the club’s performance so far in its inaugural season. Enter Ivorian Aké Arnaud Loba, with Monterrey since January 2020, he apparently already wants out of Liga MX and has his eyes on several MLS clubs. Last season he had six goals for Rayados. 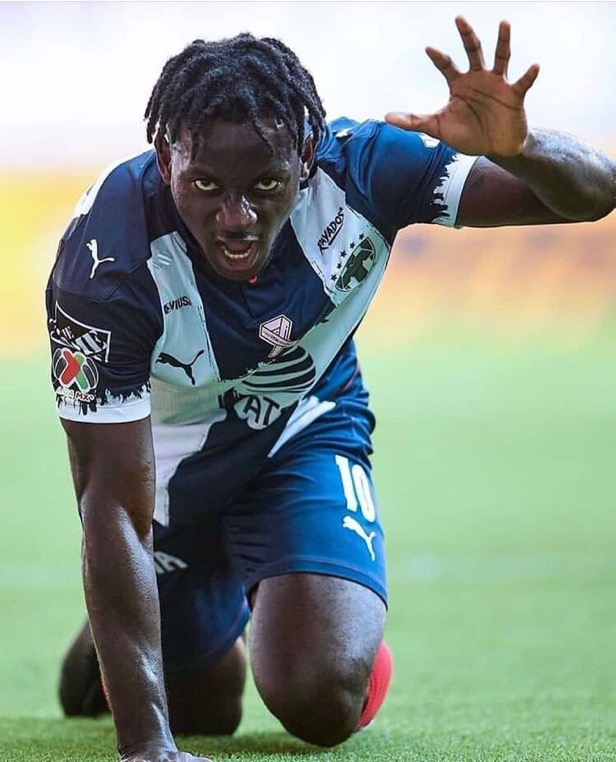 BS meter is pretty high for Loba. We’ve seen plenty of players from Liga MX linked to Austin (see Miguel Layún). Also, at approximately $3 million, the transfer fee may be too rich for Verde blood —  much more than they paid for their first two DPs, Domínguez and Pochettino. On the flip side, he’s a young attacker that may be able to come in and significantly alter ATXFC’s ability to finish in the final third, plus he has sell-on potential, according to MLS pundit David Gass.

Latest news: With preseason training camp a mere week away, Austin FC appears to be wasting no time completing the build of its defensive line. First reported by Slovenian sports daily Ekipa SN, 20-year old Zan Kolmanic is about to be Verde. The young defender has tallied 44 appearances for current club NK Maribor of Slovenia’s Premier League (PrvaLiga) and has played for the country’s U-21 national team, too.

Austin FC are set to sign 20-year-old Slovenian left back Žan Kolmanič. He plays for Maribor and the Slovenia U-21 national team. The transfer fee will be $1.8 million. He can also play at left wing. (Ekipa) #AustinFC pic.twitter.com/QrmAN0NFyY

BS meter is super low for Zan. Like we said at the top of this post, several slots are still open for a few big money international signings, and this player fits the bill. It doesn’t surprise us in the least that the club is loosening the purse strings — Pochettino a couple weeks ago and now Kolmanic — in these last couple months before kickoff.  It’s another position on the squad where it appears an MLS vet, in this case 29-year old Ben Sweat, and a young international player with no MLS experience will be competing for the same spot.

Latest news: Why not cap the month with a major international designated player (DP) signing? On the heels of drafting five young players, it’s reported by César Luis Merlo that the club is signing Tomás Pochettino from the Argentine Primera Division. Having raised his stock at CA Talleres, and as a standout in Copa Diego Maradona, timing might be perfect to move on to greener ($$$) pastures.

BS meter is low, low. Pochettino checks the boxes on Austin FC’s wish list, plus the Verde have two open DP slots. Fans have been expecting am international signing lately and Pochettino may be the one. In fact, Austin Sporting Director Reyna recently said in an interview that he wants to bring in another DP before the current international trade window closes. (We expect they keep the 3rd DP slot in their back pocket for now.)

Latest news: Apparently, Austin FC can’t get enough Guarani players. The club inked Redes, then midfielder Jorge Morel was rumored to sign, and now we’re hearing young CB Romaña is a target. He’s viewed as a strong presence on the backline with a high upside for future growth.

BS meter is low due to the timing of this rumor—right after the 2020 MLS Expansion Draft and half day trade window. It’s seems realistic to now go after international players to fill holes. Romaña is a young South American player with a relatively low transfer fee; the type of player MLS teams love to get, develop, and trade to big Euro clubs.

Latest news: It’s official from Club América, Paul Aguilar is out after nine years with the club. Now reports from Mexico are saying he’s leaving Liga MX altogether to join MLS. Austin FC is tabbed as the landing spot for the veteran right-back, according to the rumors. Also, SI.com posted a story that the deal is done, then took it down….hmmmm. 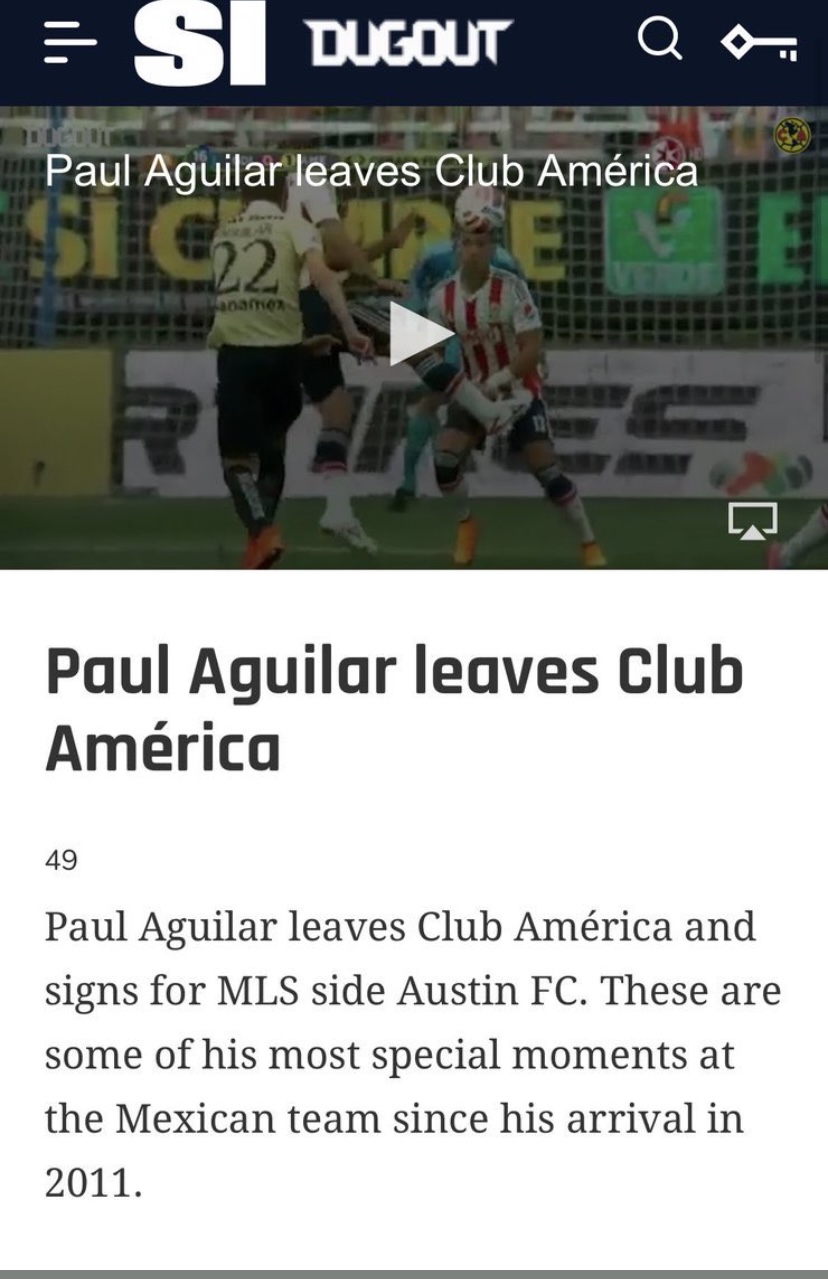 BS meter is fluctuating wildly for Paul Aguilar. Maybe we’ve succumbed to the onslaught of reports all saying the same thing, but the timing of this deal could make sense. Austin FC’s defensive roster is a blank slate, so it feels right that the club would bolster it with a Liga MX veteran. The Verde has made no bones about wanting to land a Mexican footballer, especially with a resume that includes El Tri.

Latest news: No reports from expert soccer analysts on this rumor. All we know is that Miguel Layún is visiting Austin with the fam and posting selfies on Instagram. Oh yeah, Austin FC happens to be in the market for well-regarded Mexican professional footballers. Will he exchange one set of stripes for another and play in MLS?

BS meter is lukewarm for our Layún speculation. It would be a sure thing if we knew he was staying at Fairmont Austin—the official hotel of Austin FC. Also, the visit must be pretty important  since he says it’s the first trip for his family since the pandemic started. The head-scratcher is that he’s not laying low on social, which makes us think there’s no surprise announcement.

Latest news: If you listen to social media chatter, Austin FC could be in the mix for experienced Premier League defender Yedlin. He apparently has the attention of a couple MLS clubs. FC Cincy is likely one of those teams, since they get first crack according to MLS Allocation Order rules. Next up would be other MLS clubs on the list willing to cough up money to have the right to sign him. Austin FC isn’t on the allocation list yet and probably has to hold tight until January to get a shot.

More on DeAndre Yedlin and #MLS:

BS meter is high for the Yedlin speculation. Lots of moving parts here. Even if he wanted to come back to MLS, is there a club that could afford him? At his costly salary, clubs may look to fill a striker gap before upgrading their backline. Newcastle would also need to release him for free. He’s been linked lately to Turkish side Besiktas.

BS meter is very low for the Domínguez rumor. Seems legit as growing number of detailed reports come in about the offer. He had a very public falling out with Independiente over salary and doesn’t want to return to the club.

Latest news: Austin FC has made an initial offer for CA Independiente striker Jonathan Menéndez, according to sports writer Matias Martinez. Menéndez is currently on loan to another Argentine club, Club Atlético Tallares. Most of his career has been in Argentina, except for stints in Spain and Qatar.

The offer is for 50% of his rights (aka a 50% sell-on clause) but Independiente rejected it. Could see them return with another offer.

Latest news: Fútbol Fichajes (Football Transfers) is reporting that Bolivian veteran goalkeeper Carlos Lampe is signing with Austin FC. Currently on the roster at Always Ready in La Paz, Lampe has played in Bolivia and Chile, as well as the Bolivian NT.

BS meter is so-so on the Lampe rumor. These reports with little detail died quickly, but we see how an experienced South American GK is right in Austin FC’s wheelhouse.

Latest news: Reported by various media outlets in early July. Release clause of $18-20 mil. may be a nonstarter for Austin FC. If true, it could be the biggest MLS blockbuster deal ever.

BS meter is high for the Janssen rumor. Reports came in hot, but quickly faded. The actual financials right out of the gate seem to make it nothing more than a pipe dream for Janssen fans in the U.S.

Latest news: Shortly after Rodney Redes was signed by Austin FC in early July, a second player from Club Guaraní was linked to Austin FC, as reported by Versus Paraguay. According to Austin soccer journalist Chris Bils, Head Coach Josh Wolff has denied pursuing Jorge Morel.

BS meter is very, very high for the Morel rumor. While it seems in the realm of possibility—given that Austin FC scouted the club for Redes—Coach Wolff outright shot down this rumor.

BS meter is high for the Moreno rumor. Seeing as Moreno himself has stoked the flames of this rumor on social media, there doesn’t appear to be any serious reports about a deal. He’s even said there are no negotiations going on with Austin FC.

We’ll keep this page updated with the latest transfer rumors, so be sure to bookmark it and check back regularly.

Hear any Austin FC transfer rumors? Drop them in the comments.

Processing…
Success! You're on the list for the Capital City Soccer newsletter.
Whoops! There was an error and we couldn't process your subscription. Please reload the page and try again.